The interior of the so-called Mosque at one end from the Taj with evidence it was converted later into a mausoleum. Steps were for the Mullahs to preach. But see how they break the pattern of decoration on the wall and also on the floor. This means that these steps are not original, but were put up when this building was converted into Mosque by Shahjahan. Also, when praying in this building, Muslims would face West, i.e. Bandar Abbas in Iran, NOT Mecca as is more correct. 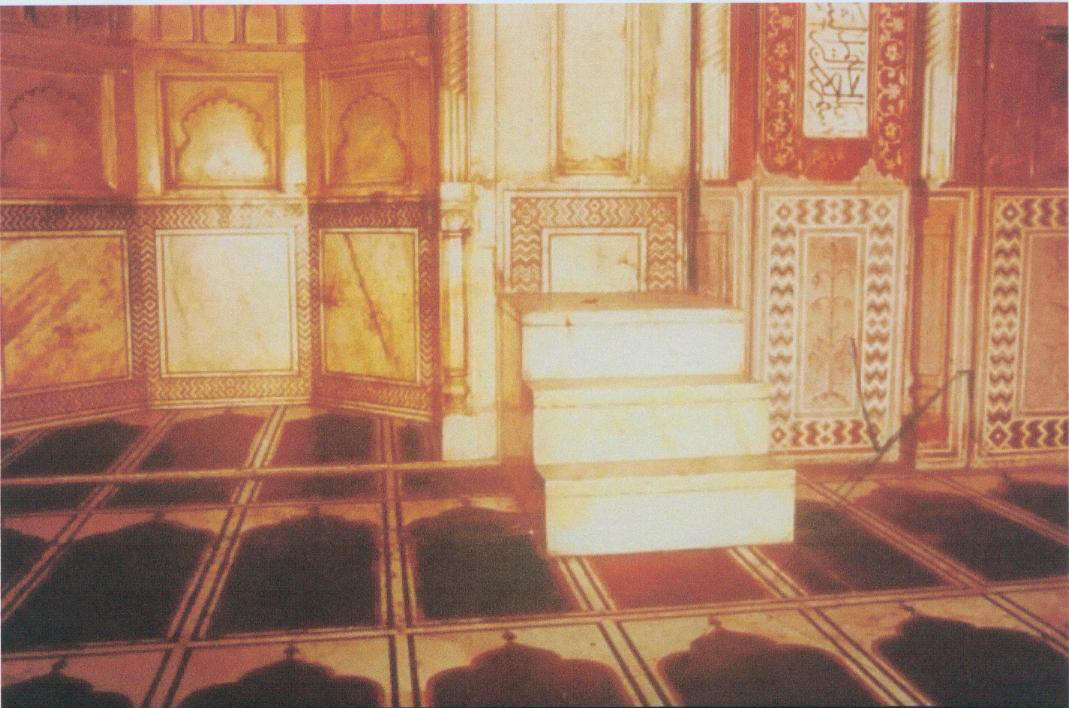