One of the 22 riverside rooms in a secret storey of the Taj Mahal, unknown to the public. Shahjahan, far from building the shining marble Taj, wantonly disfigured it. Here he has crudely walled up a doorway. Such imperial Mogul vandalism lies hidden from the public. This room is in the red stone storey immediately below the marble platform. Indian history has been turned topsy turvy in lauding destroyers as great builders. 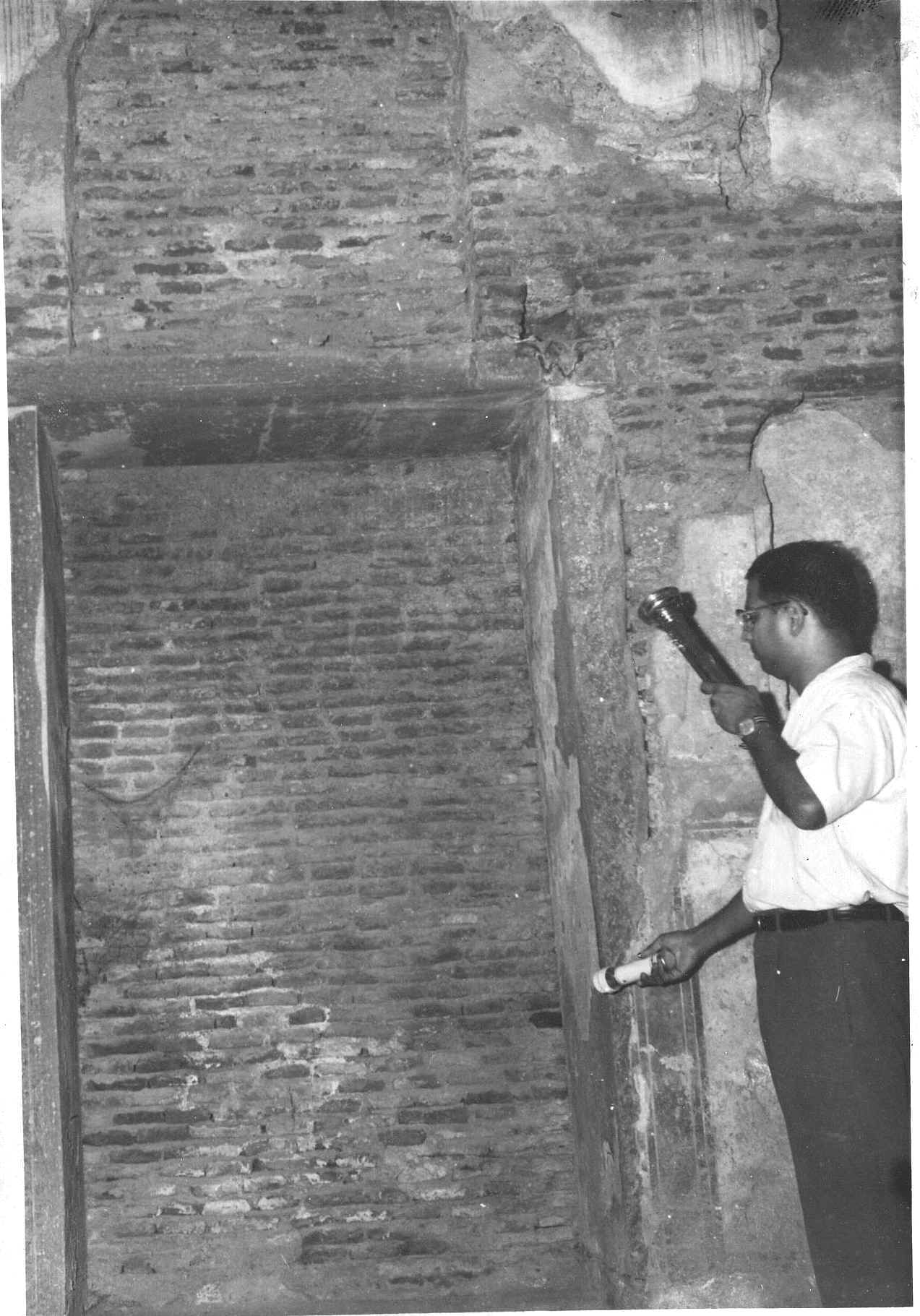