This esoteric Hindu design is painted on the ceiling of some of the 22 locked rooms in the secret storey below the marble platform of the Taj Mahal in Agra. Had Shahjahan built the Taj Mahal he would not have kept such elaborately painted rooms sealed and barred to the public. Even now one can enter these rooms only if one can influence the archaeology department to remove the locks. 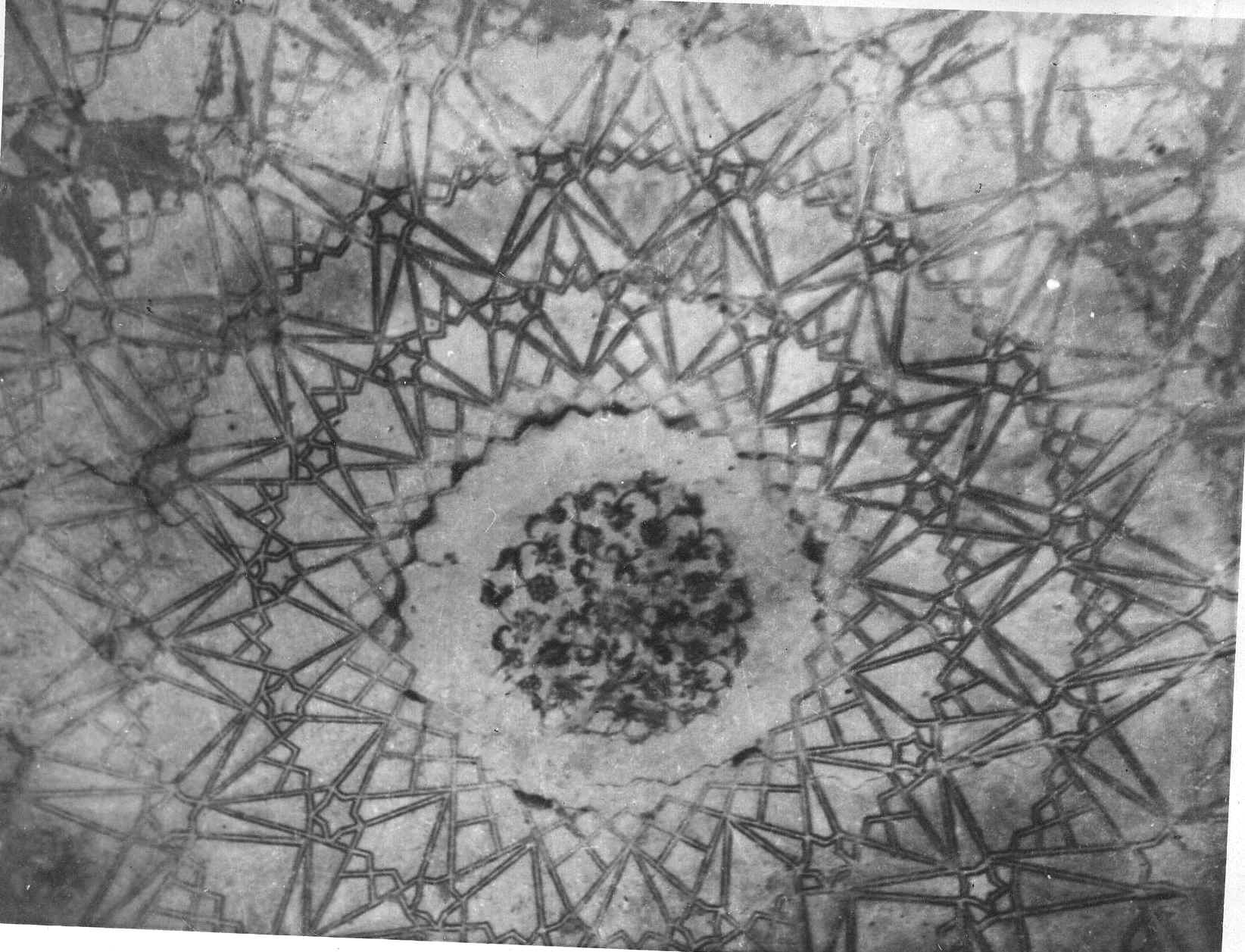