The Tikse Gompa located on the hilltop south of Leh. 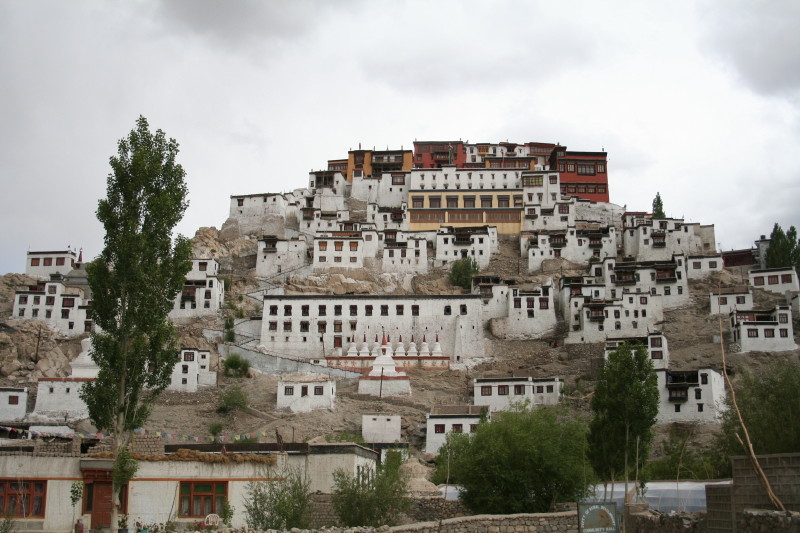 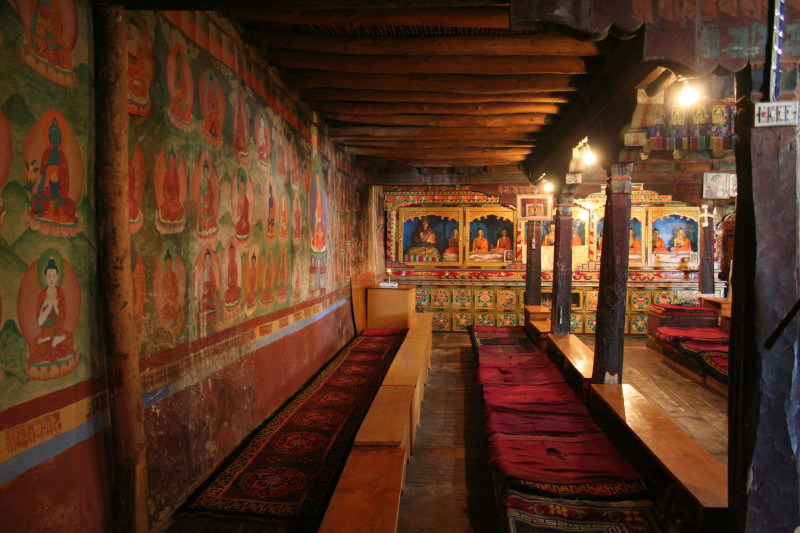 The Tikse Gompa temple room, with the image of Maitreya Buddha, the Buddha of the future, which is in a sitting position, two storeys tall. 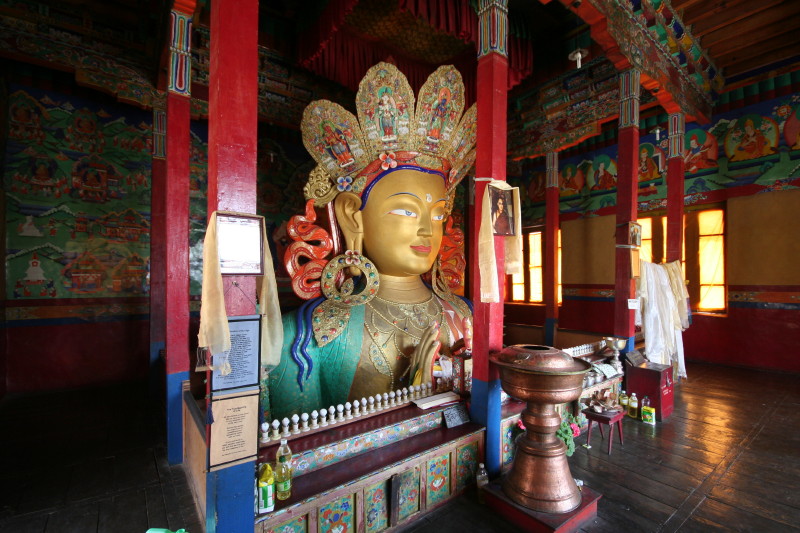 A close up of the Maitreya Buddha image at the Tikse Gompa, south of Leh. 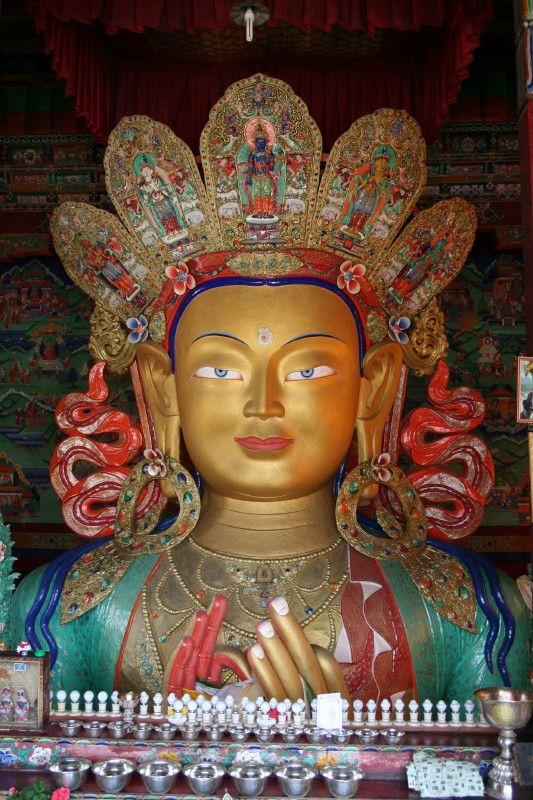 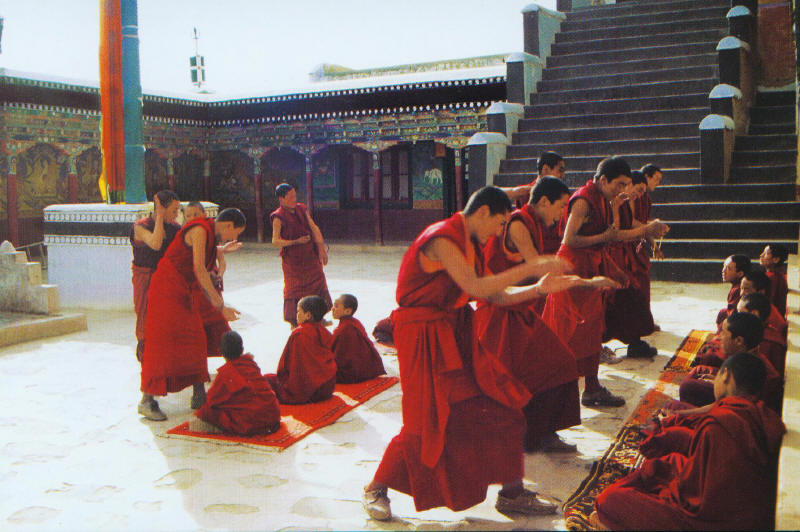 The courtyard of the famous Hemis Gompa, where they have the mask dancers during its festival. 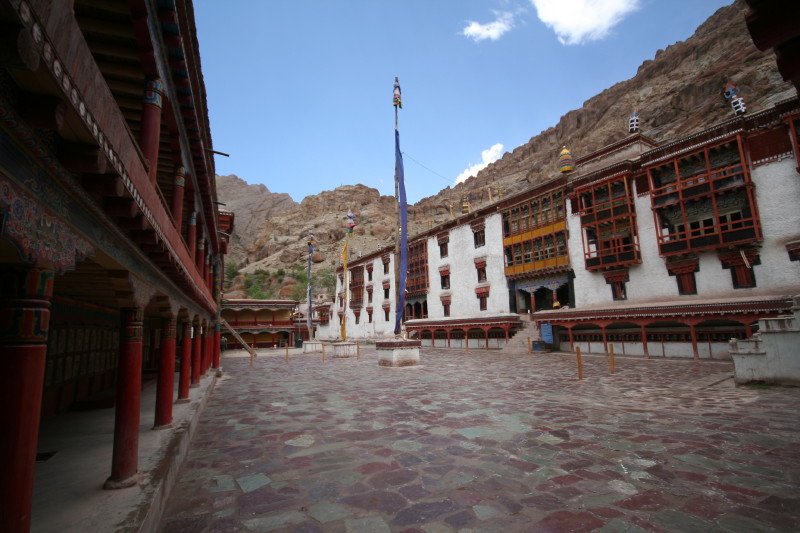 A monk at the doorway to the temple of the Hemis Gompa. 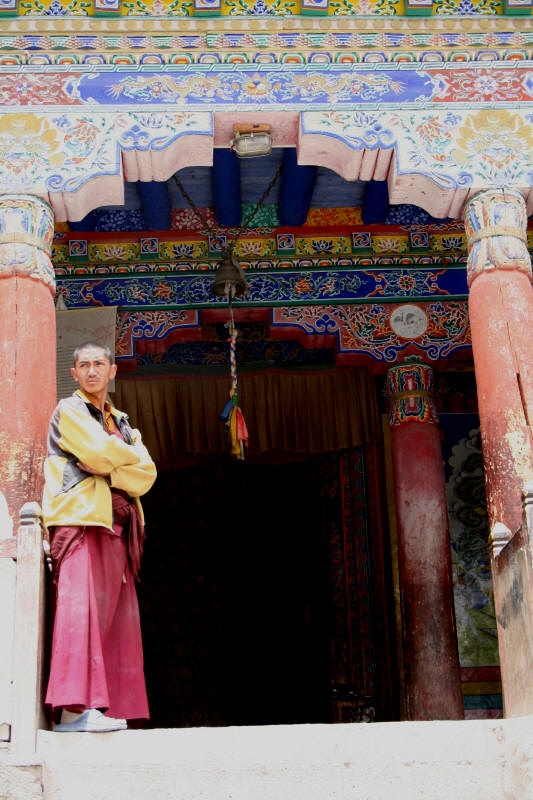 The assembly hall of the Hemis Gompa with wall murals and long hanging thangka paintings and flags. 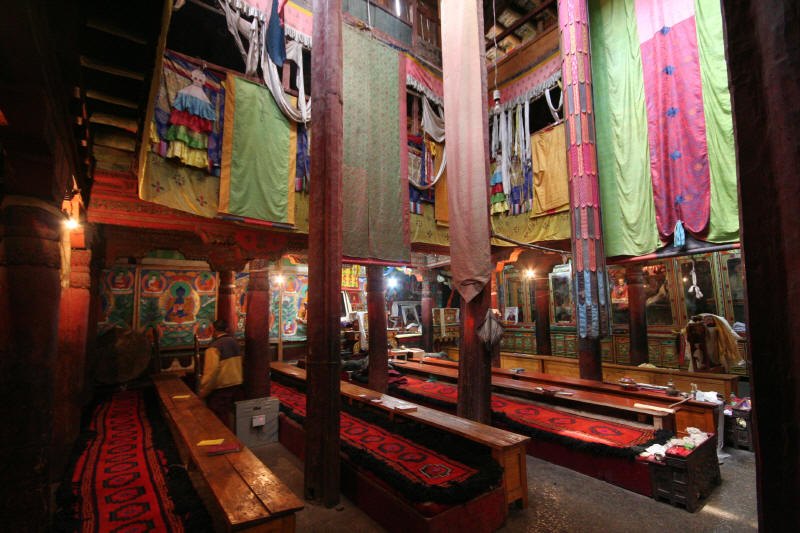 The library of ancient scrolls and texts in the temple room of the Hemis Gompa. The Hemis Monastery is where, in 1886,  Nicolas Notovitch is said to have discovered the ancient manuscript that describes the life and travels of Saint  Issa, Jesus. This, as Notovitch explained, was a compilation of scrolls from the library in Lhasa that were brought from India, Nepal, and Magadha about 200 years after the time of Christ. It was originally written in the Pali language, and translated into Tibetan. The manuscript describes how Jesus traveled to India and to the north to Nepal and the Himalayan region. Swami Abhedananda also confirmed the existence of these texts at Hemis in 1922, and published his account of them in his book, Kashmiri O Tibetti. Nicholas Roerich also visited in 1925 and published his own account of the manuscripts in his book, The Heart of Asia. 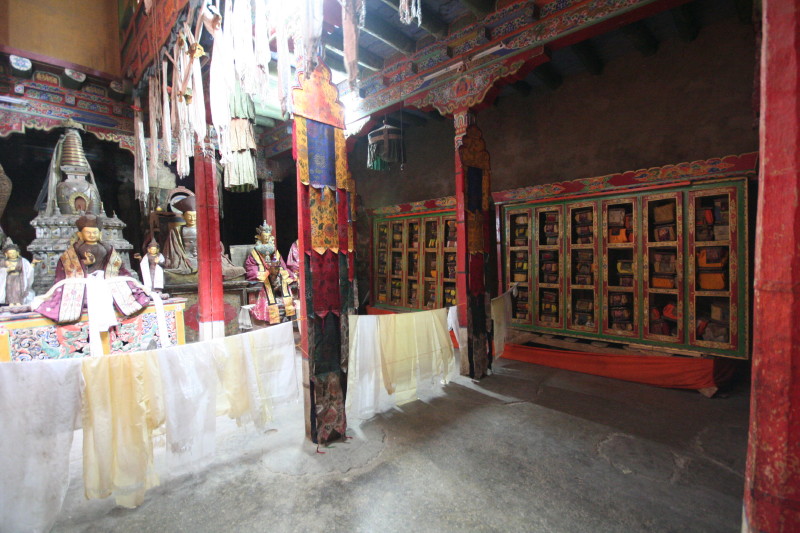 The road as we travel through the mountains toward Tanghlang La Pass, the second highest motorable pass in the world, taking us over 17,500 feet up. 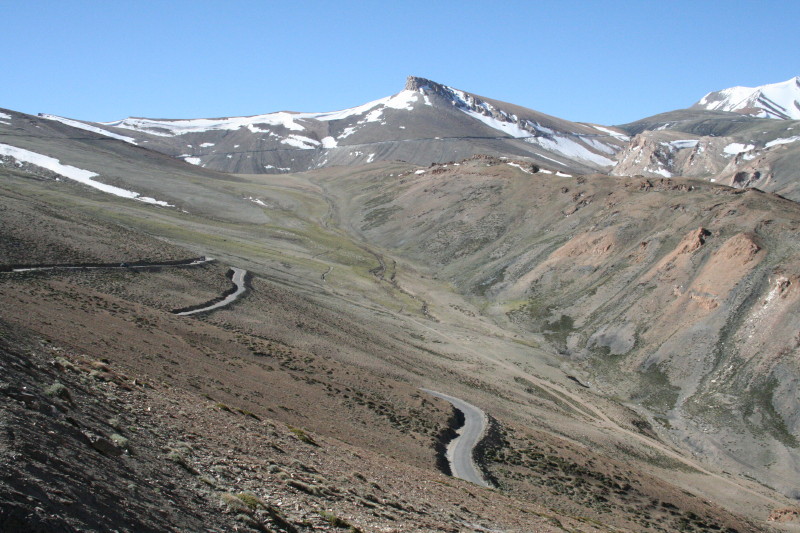 The temple that marks the summit of Tanghlang La Pass. 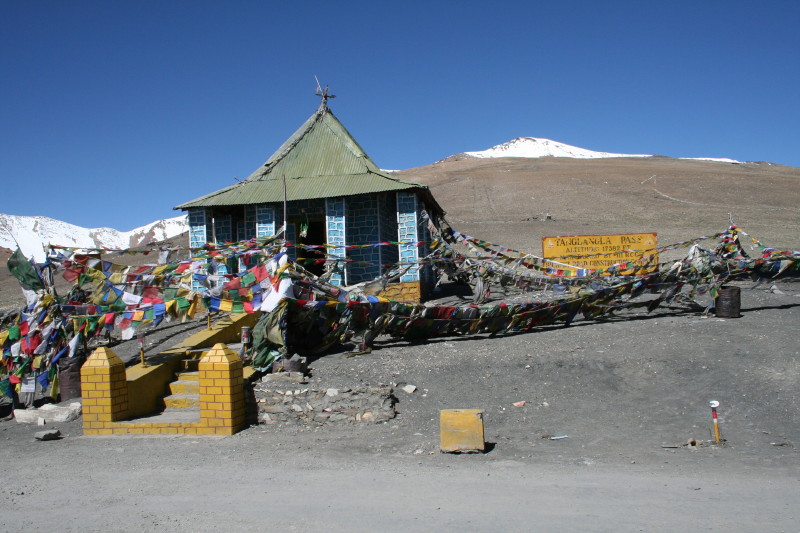 One of the tent encampments where we spend the night in the mountains nearly halfway between Leh and Manali. 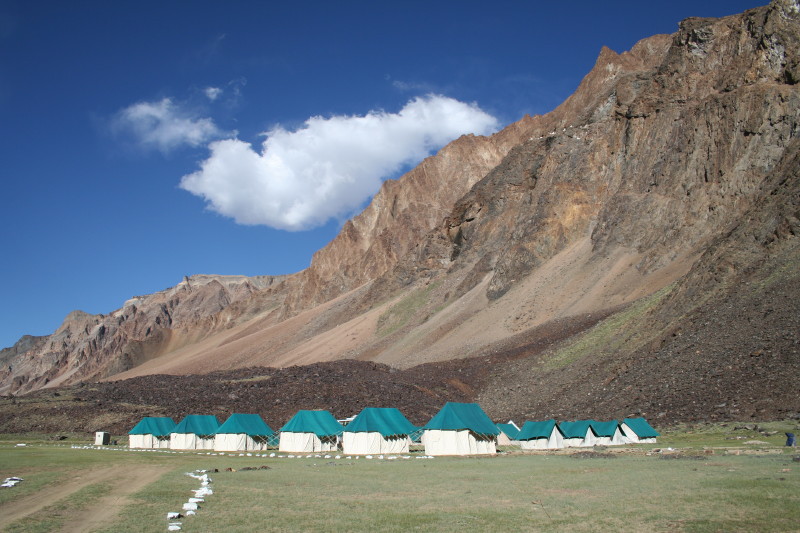 Looking down the mountains as we drive the steep hairpin turns up to Rohtang Pass. Rohtang means "piles of bones" in respect to all the people who have died while taking this pass. 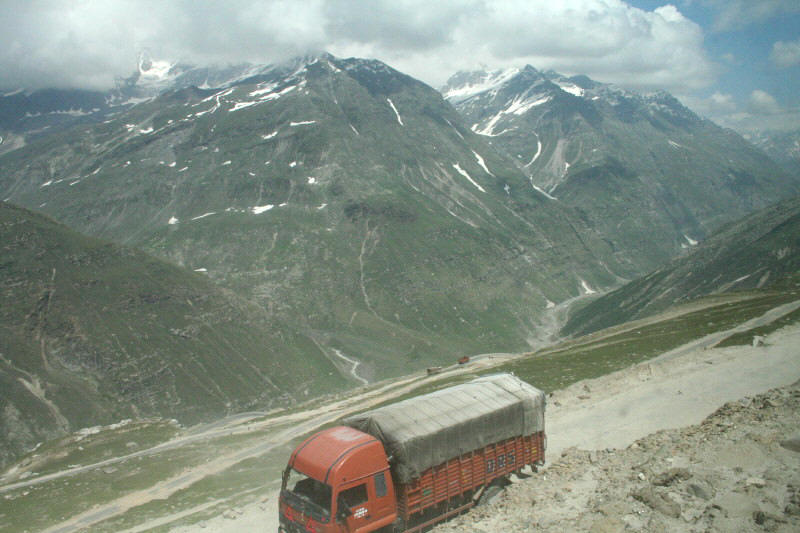 At the summit of Rohtang Pass, entering the clouds as they encompass the mountains. 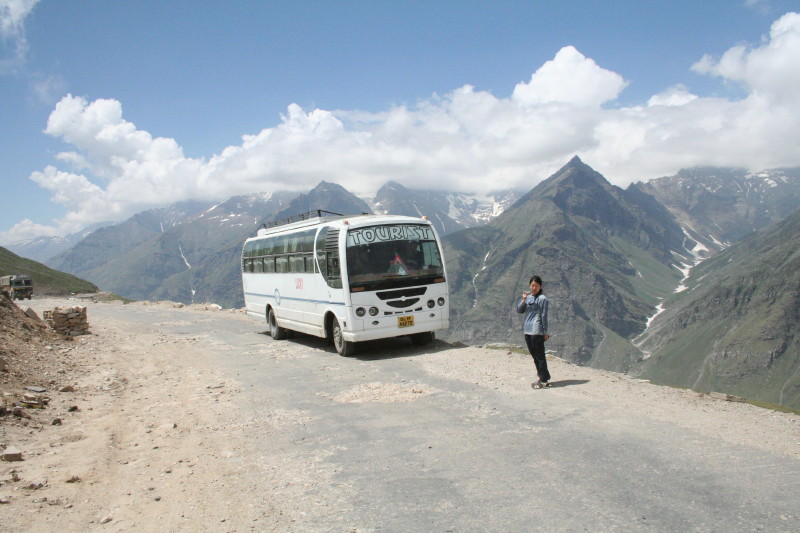 Once we come down from Rohtang Pass, we enter Manali in the Kullu Valley. Here is the Temple of Manu in Manali which traditionally marks the place where where Manu first stepped onto dry land after saving the Vedas and the animals in his boat after the great flood. 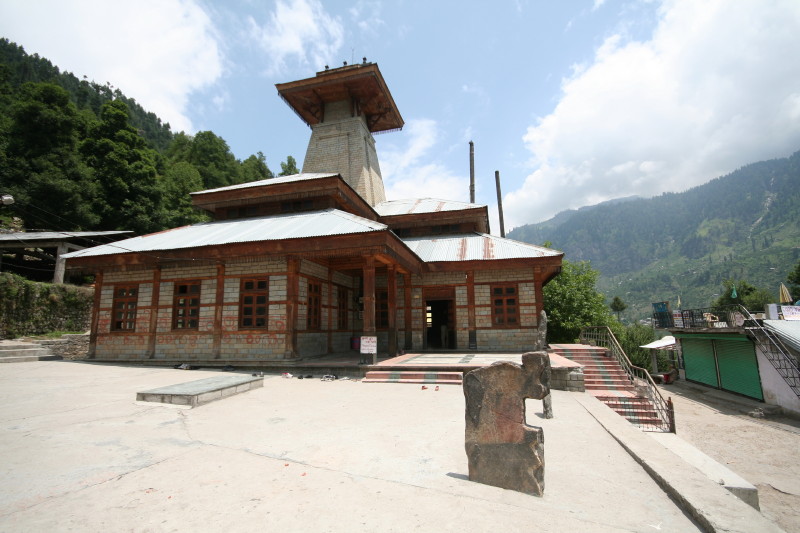