Khajurao is most known for its matchless temples. Having been an out of the way place, invaders did not do extensive damage to them. So these 1000-year-old temples are exceptional examples of the refined and elegant, although sensual, sculptures and architecture of India. 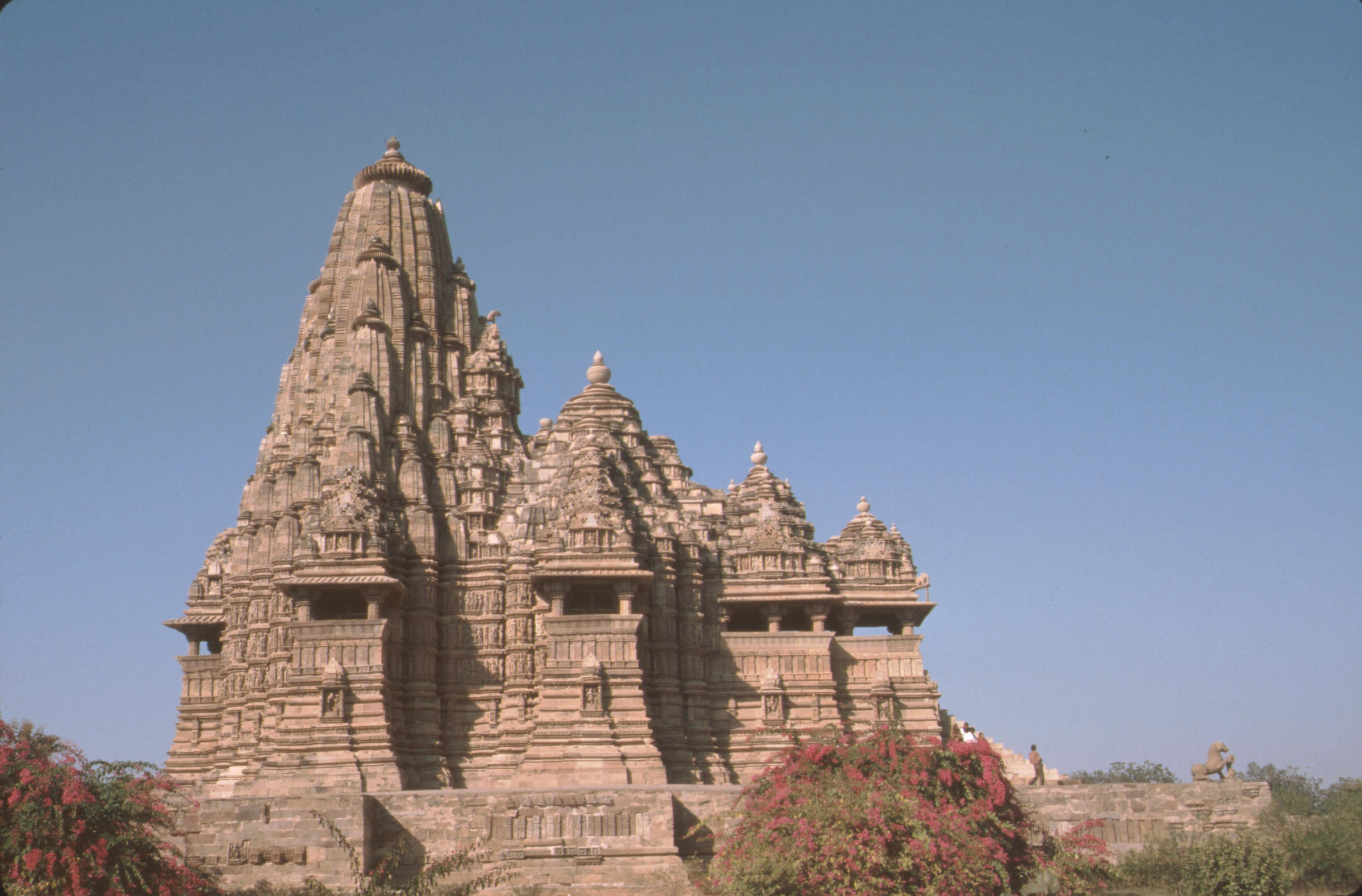 The stone walls of these temples of Khajurao are filled with amazing carved figures of all kinds, as well as temple motifs and designs unique to this area. 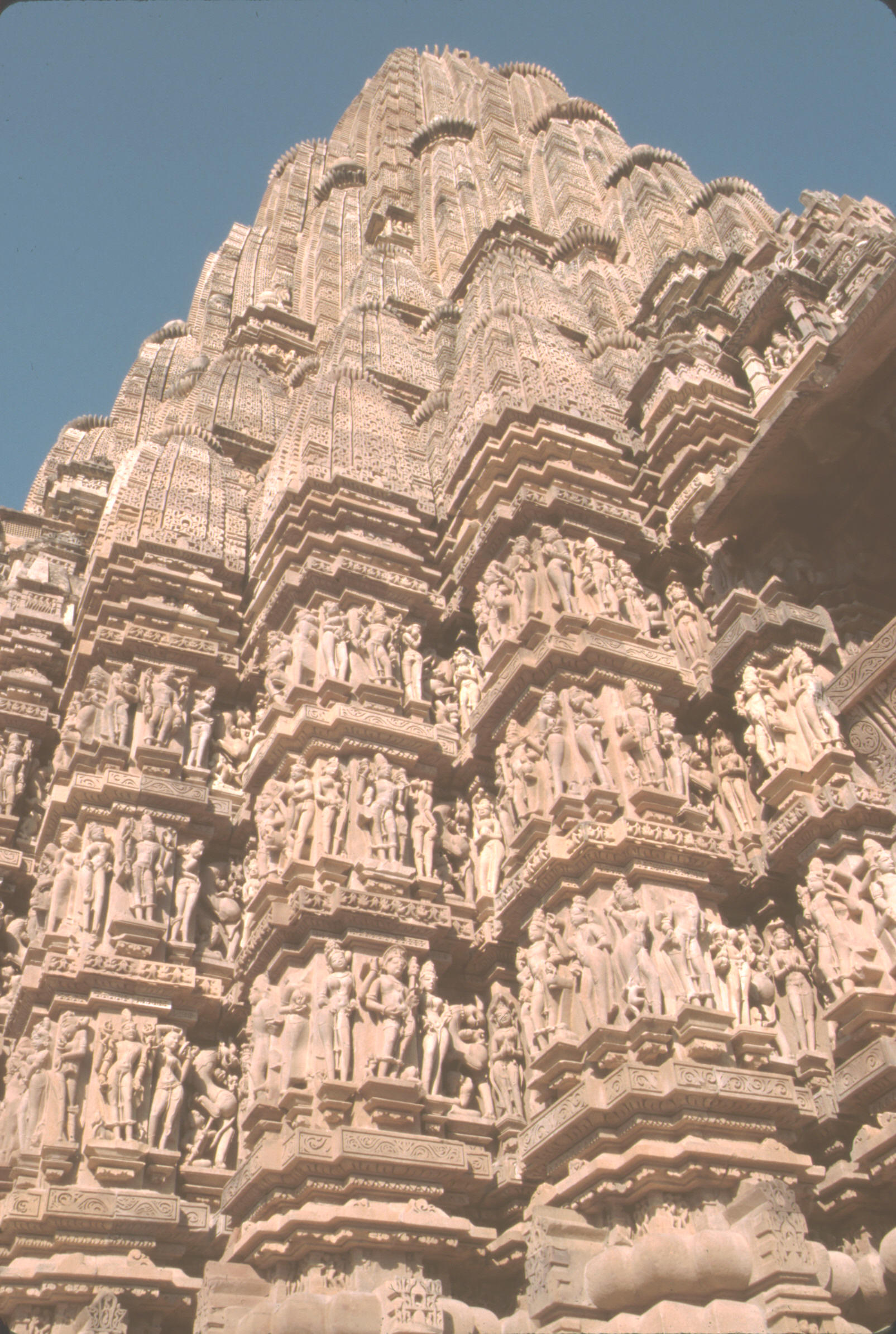 Here is a view of the Jagadambi (Devi) temple and the Chitragupta temple in the background. 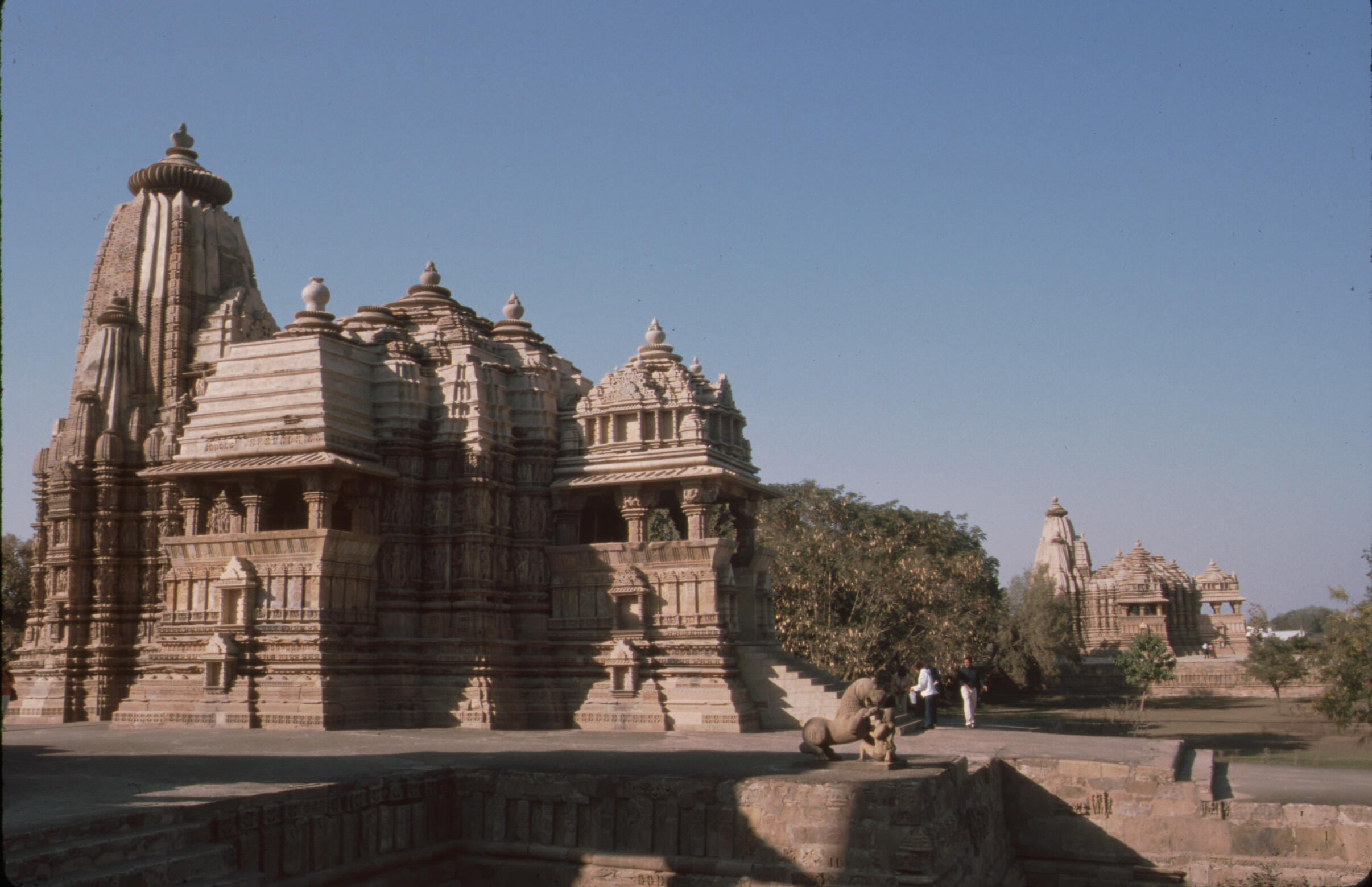 The Mantangesvara Temple is still used in regular daily worship to Shiva, and has a two-and-a-half meter tall linga inside. 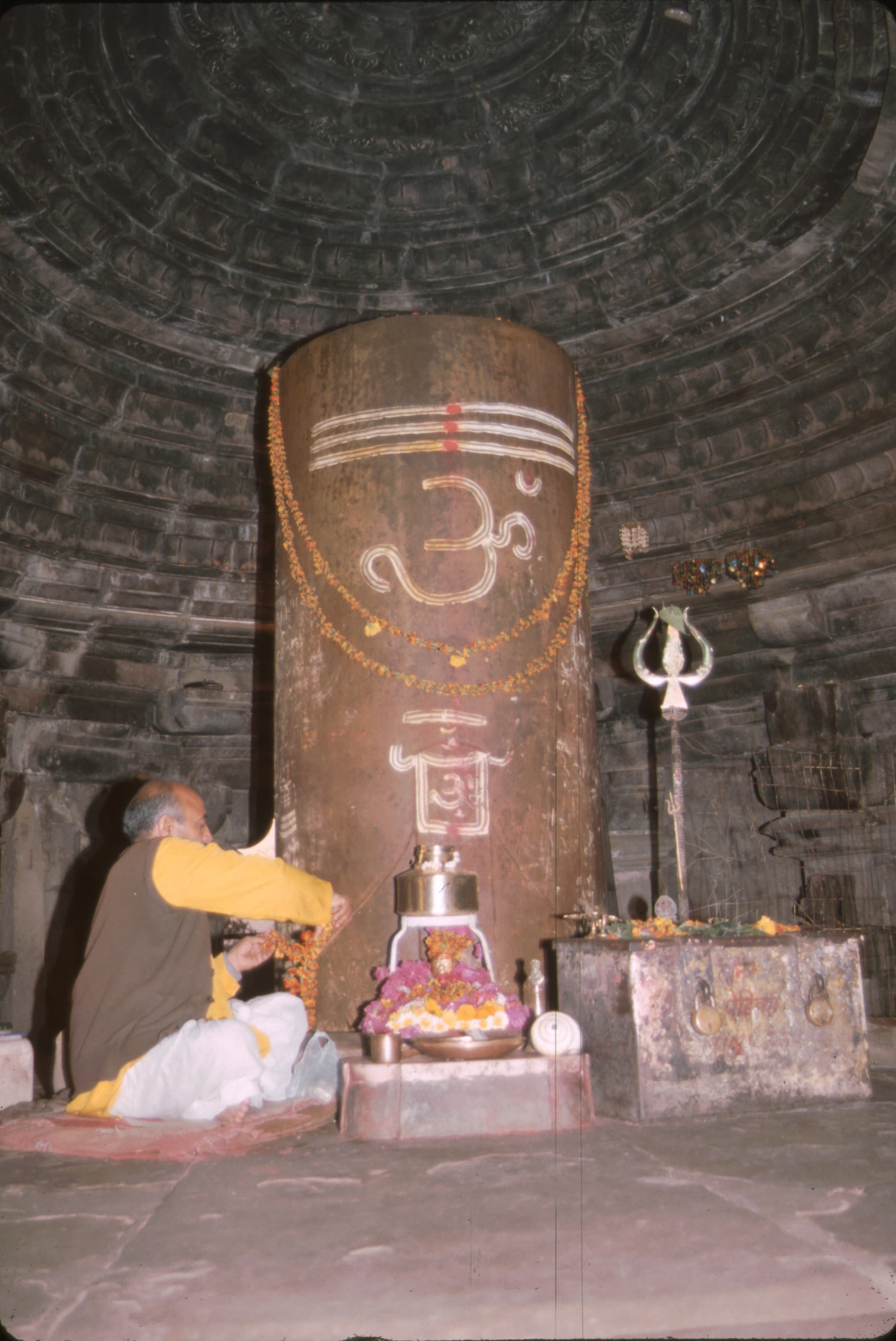 A view inside Cave 1 on Elephanta Island, located in the middle of the Bay of Mumbai. These caves are temples carved right out of the rock, similar to the caves found at Ellora or Ajanta, though not quite as elaborate. They are temples mostly dedicated to Shiva. Inside the sanctum seen on the right is a Shiva-linga. 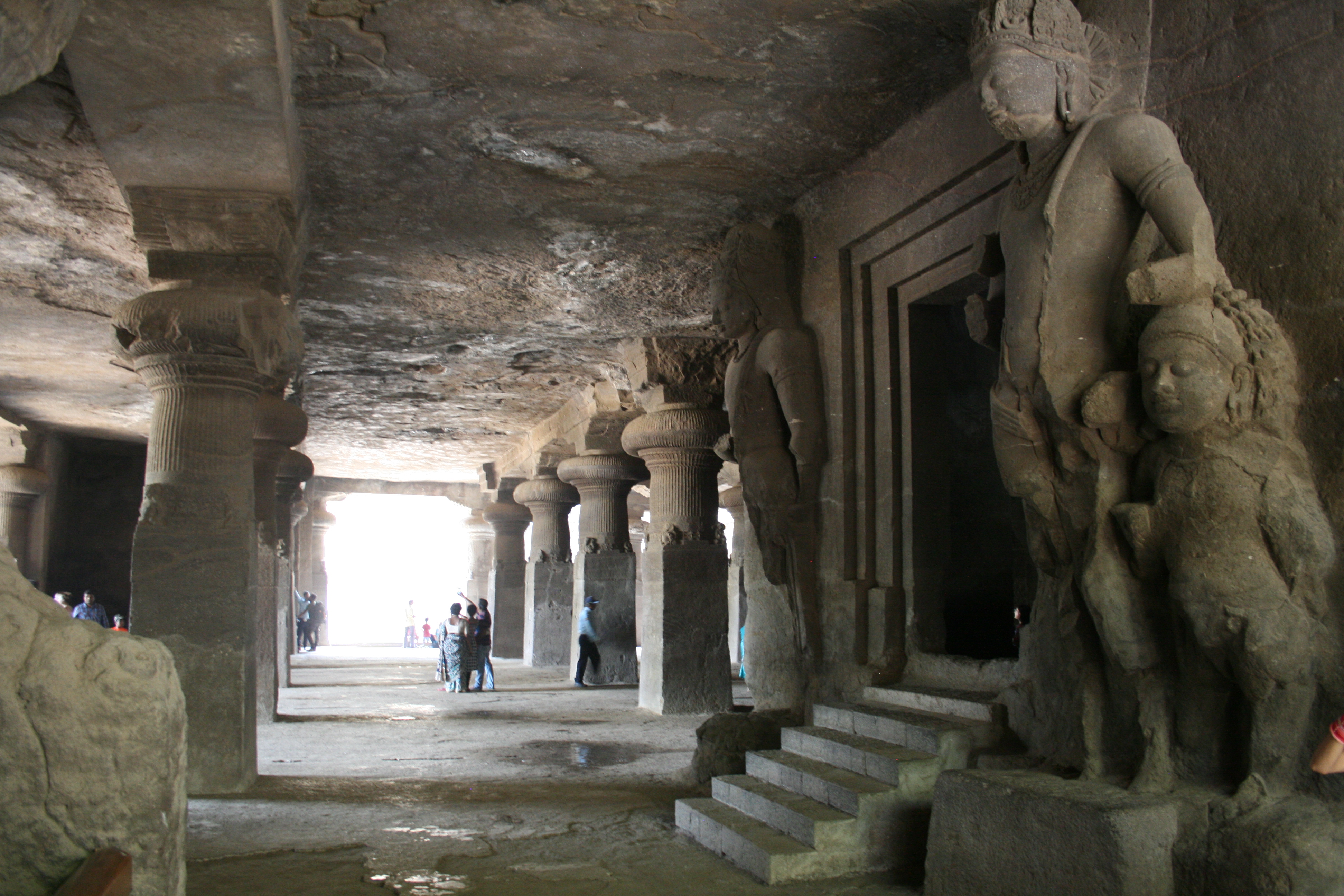 Below is the large image of Trimurti, namely a three-headed combined form of Brahma, Vishnu and Shiva. 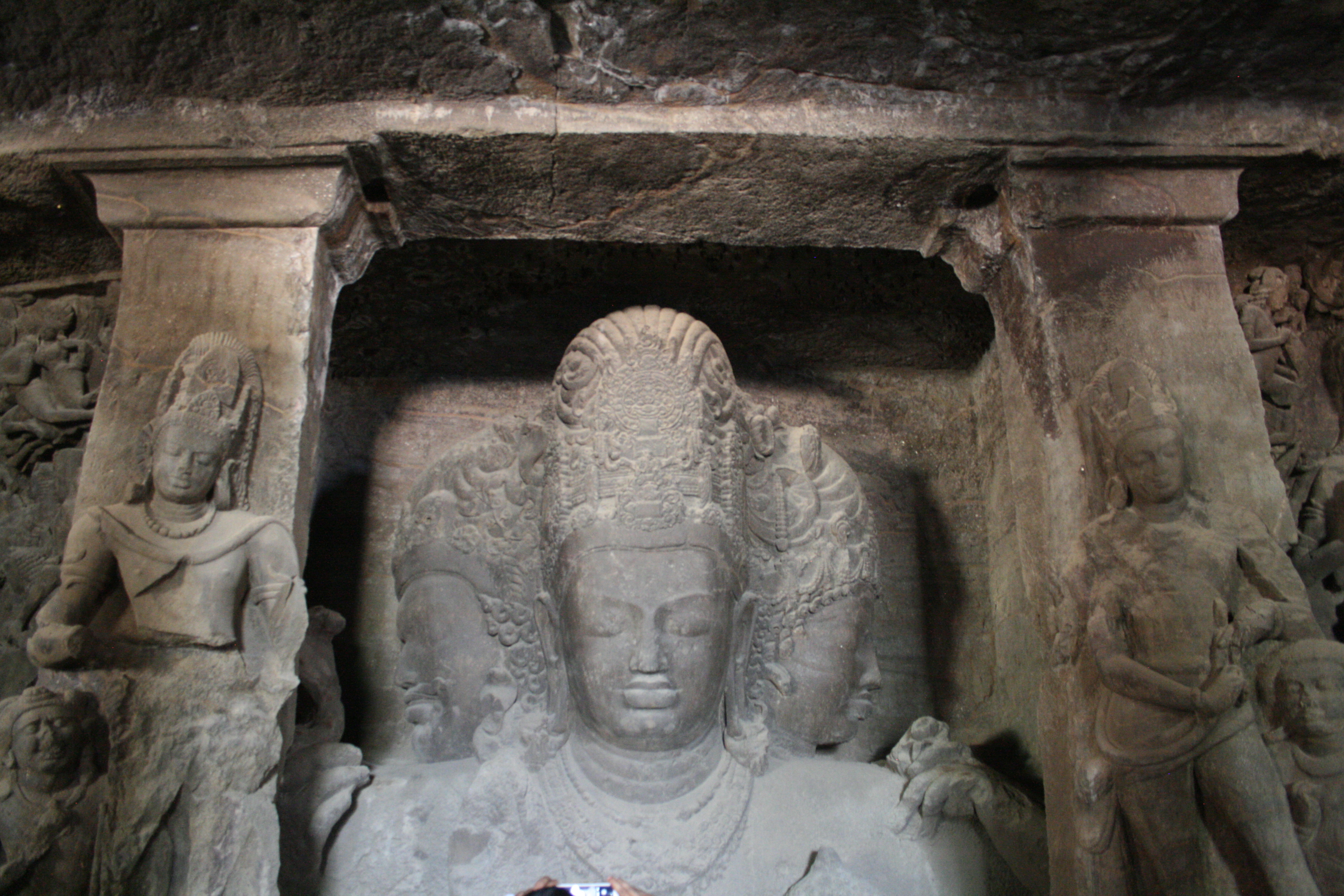 Below is Ramghat, the central area of the town of Chitrakoot, where Lord Rama spent eleven of His 14 years of exile, as described in the Ramayana. 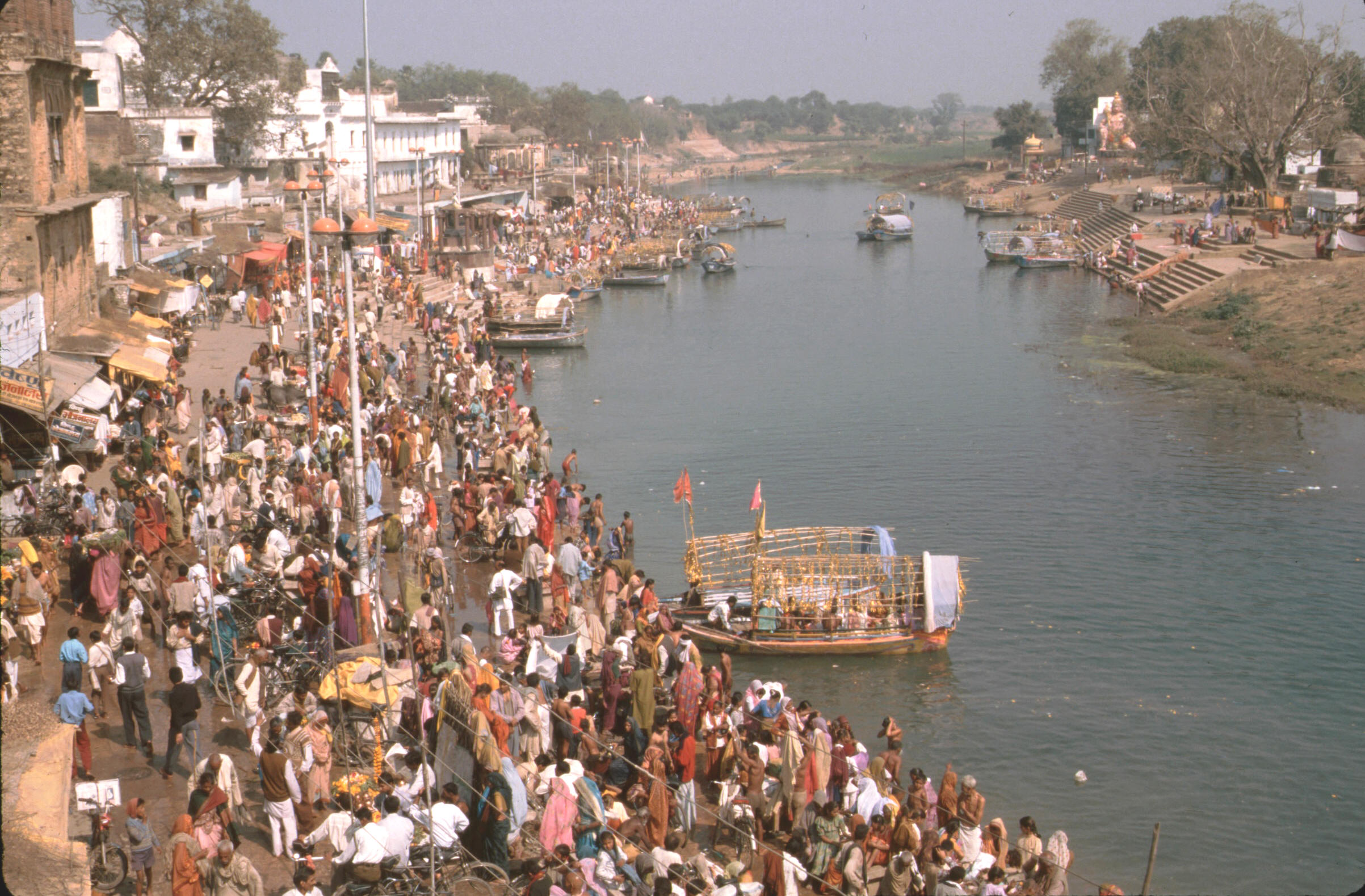 Below, in the lush forest of Chitrakoot is the rock known as Sphatik-shila, where Lord Rama used to bathe in the Mandakini River. The rock has a few places painted in orange indicating Lord Rama's footprint and the sitting place of His wife, Sita. Nearby is another rock where Lakshmana would sit while guarding Them. This is also where Jayant, in the form of a crow, pecked at Sita. 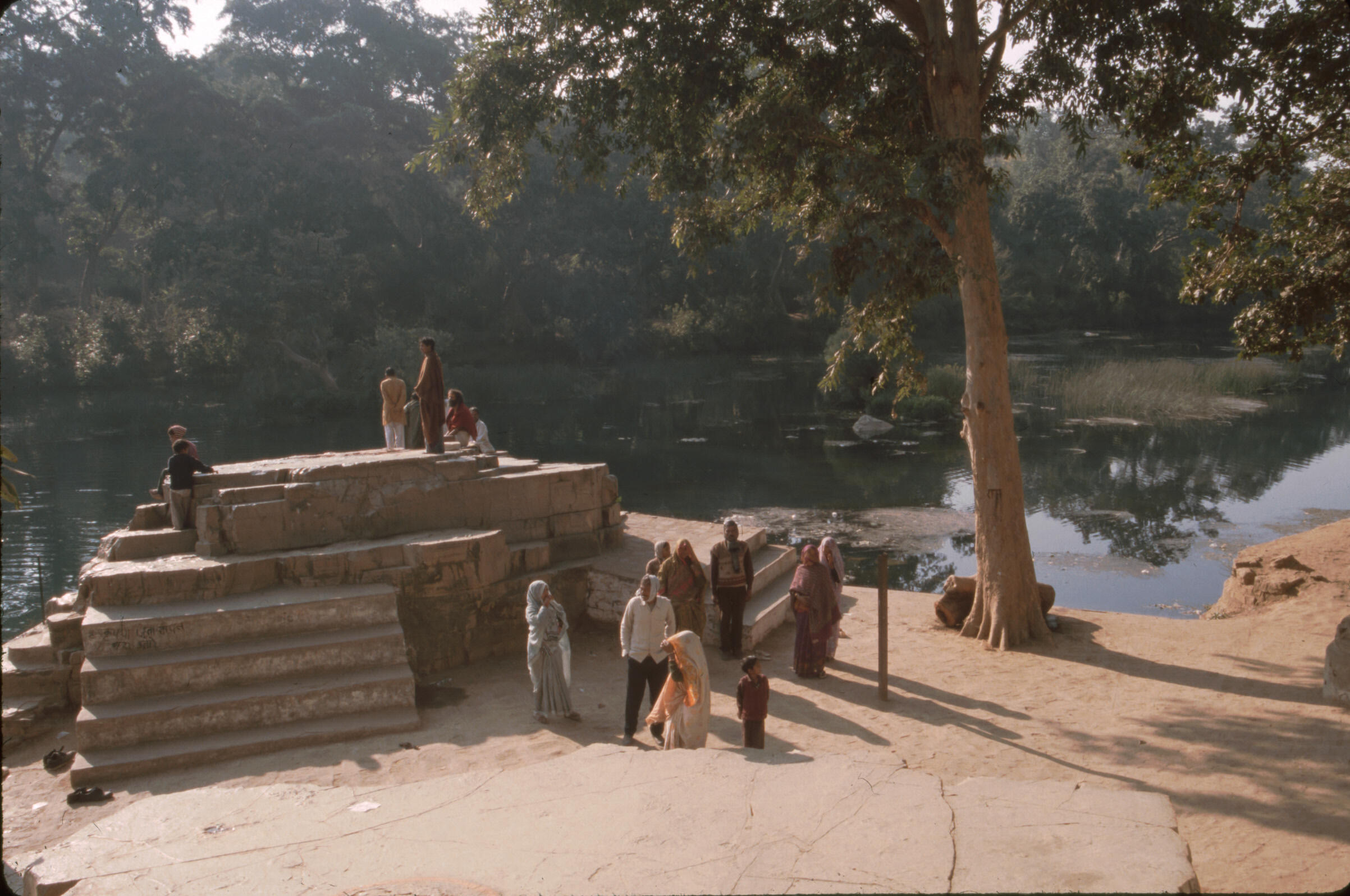 In a most beautiful and peaceful area of the forest, where the Mandakini is exceptionally clear, is Janaki Kund, Sita's bathing place. The stones painted in orange mark Her sitting place and footprints. A few temples are nearby. It is so peaceful here that one does not want to leave. 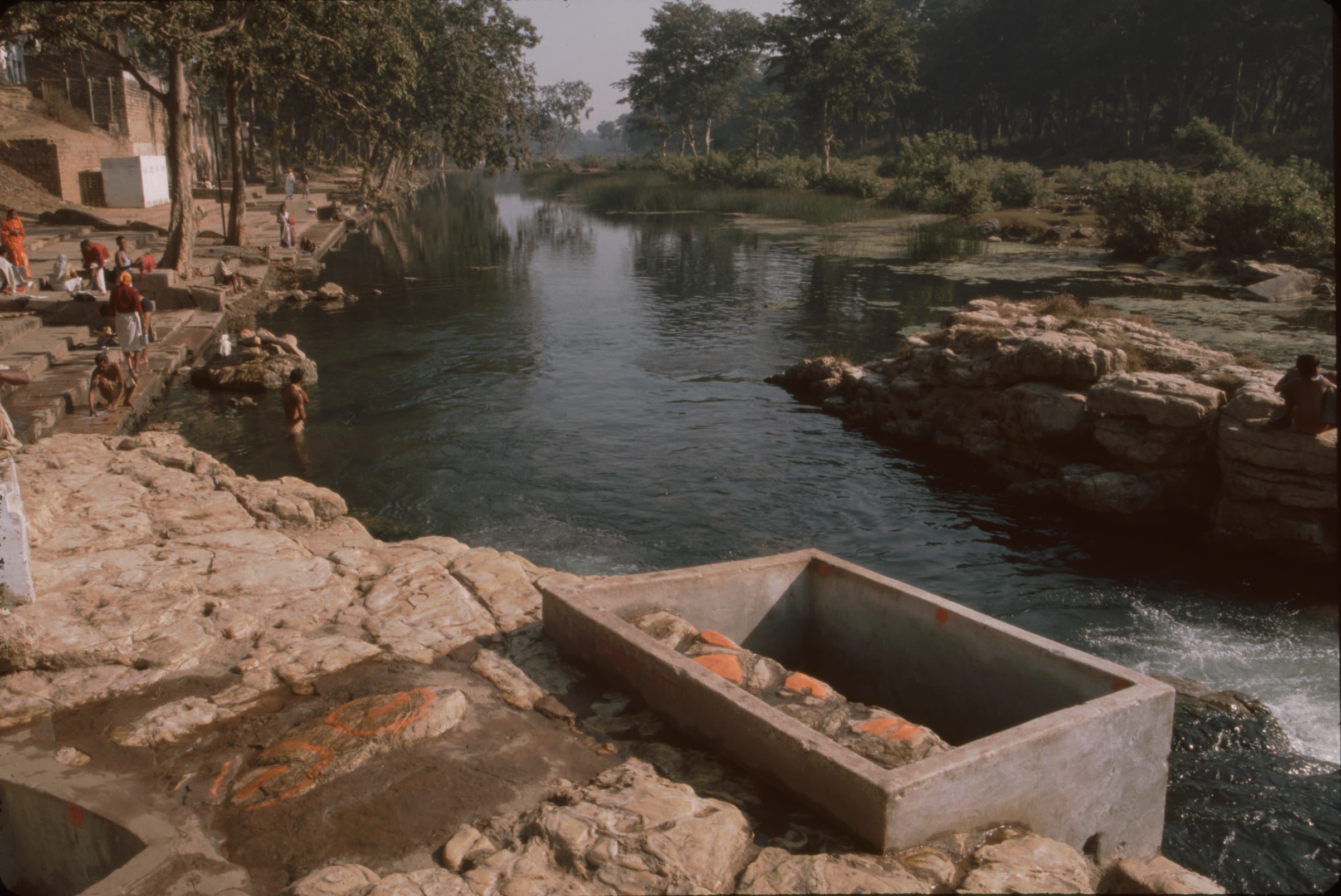