Here are more photographs of the amazing and ornate temples of South India.

Below is the main Laxmi-Narasimha Temple in the town of Ahovalam. 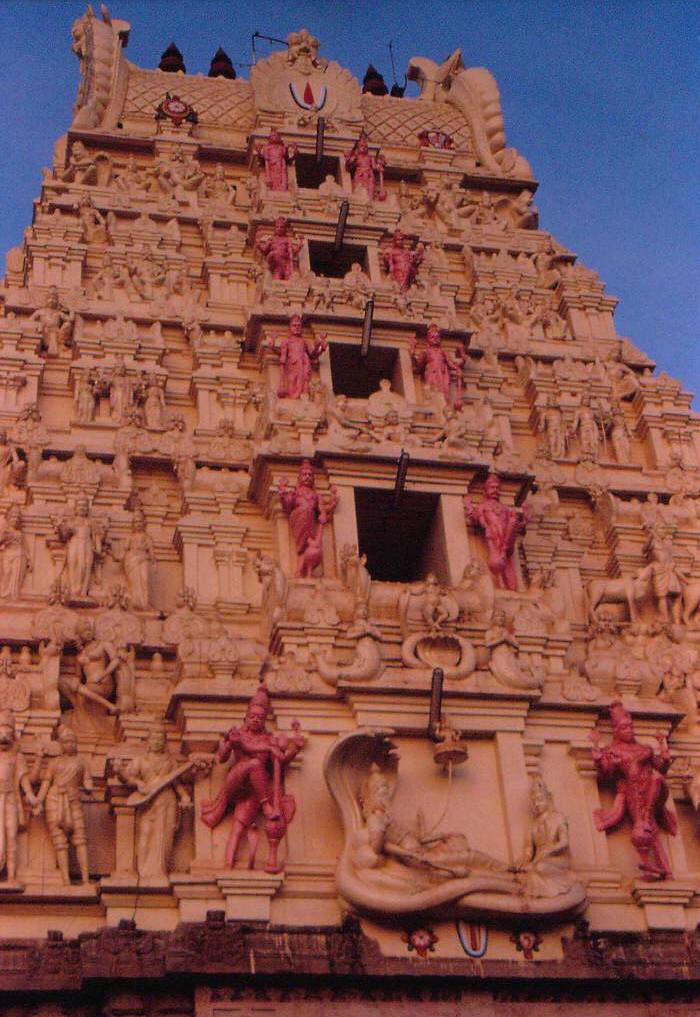 Below is the Govindaraja Temple at Tirumala 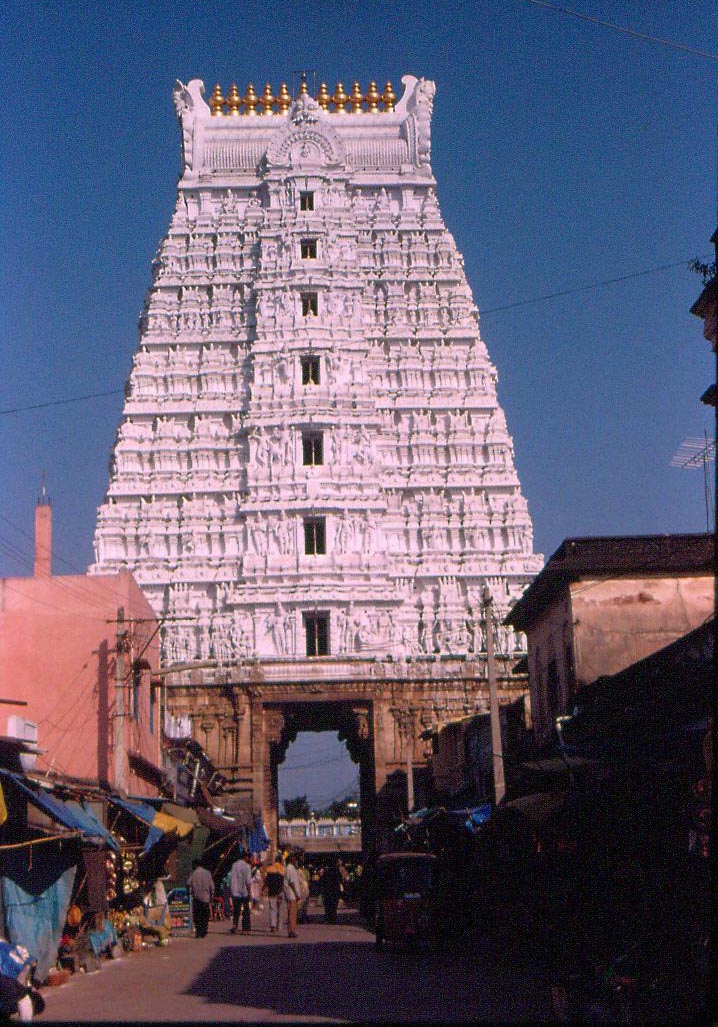 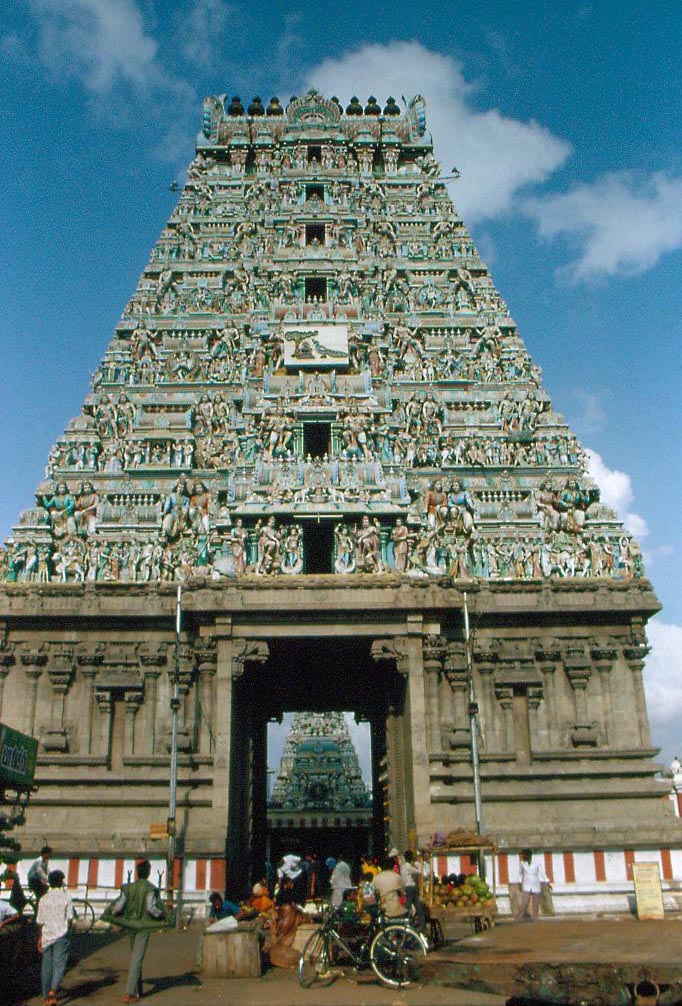 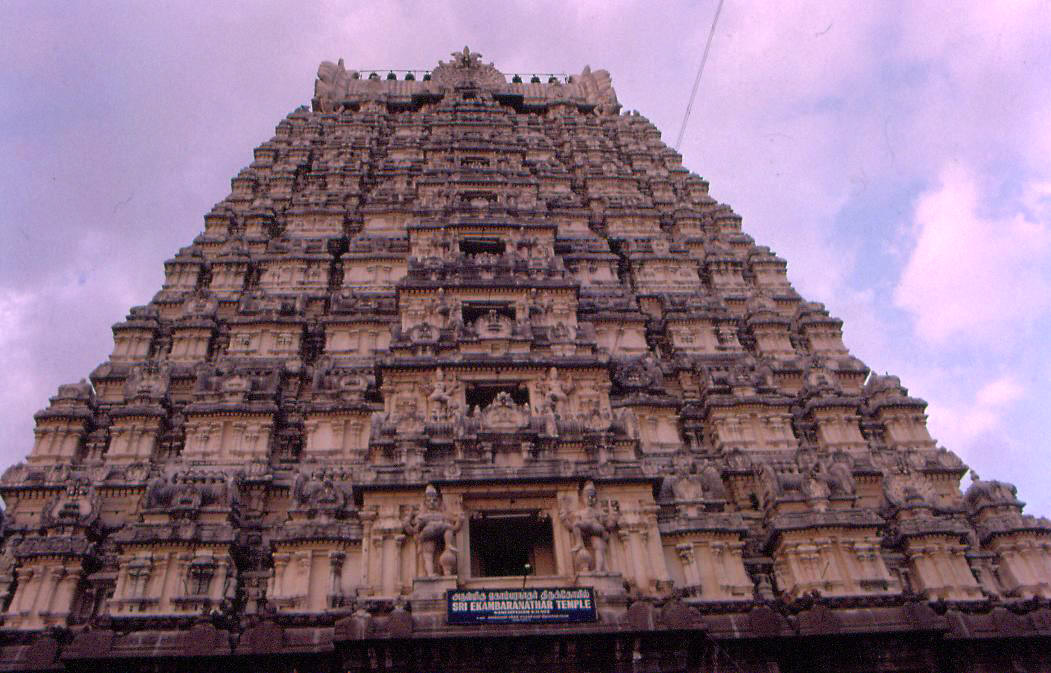 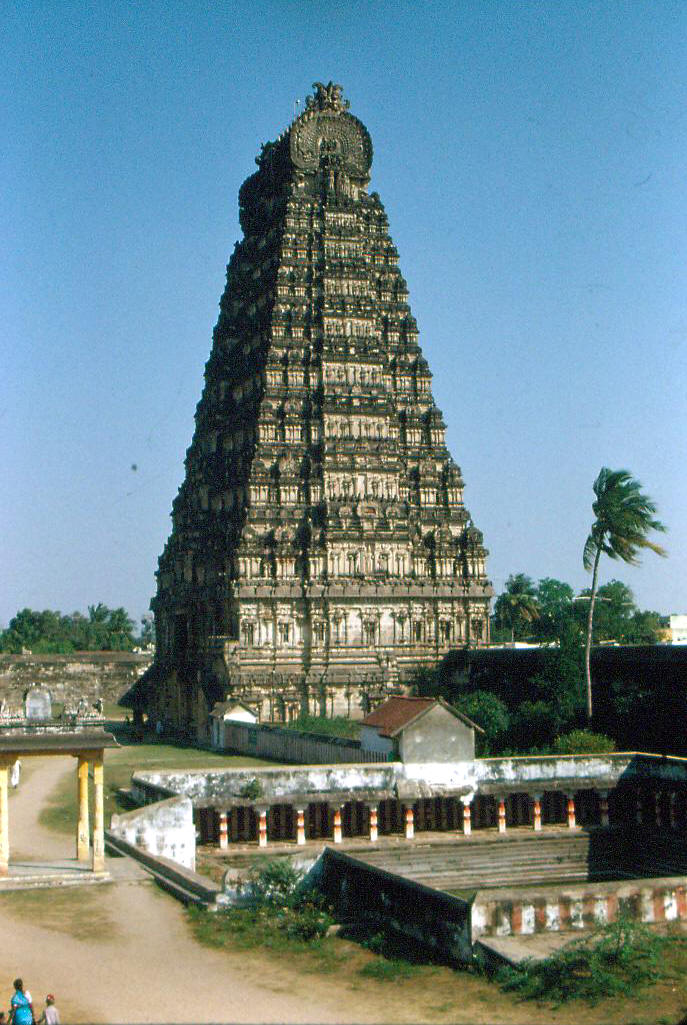 Inside the front halls of the huge and cave-like Ekambaranathar Temple. Many of these old temples in South India are large with long halls and numerous shrines within them, or on the grounds of the temples. 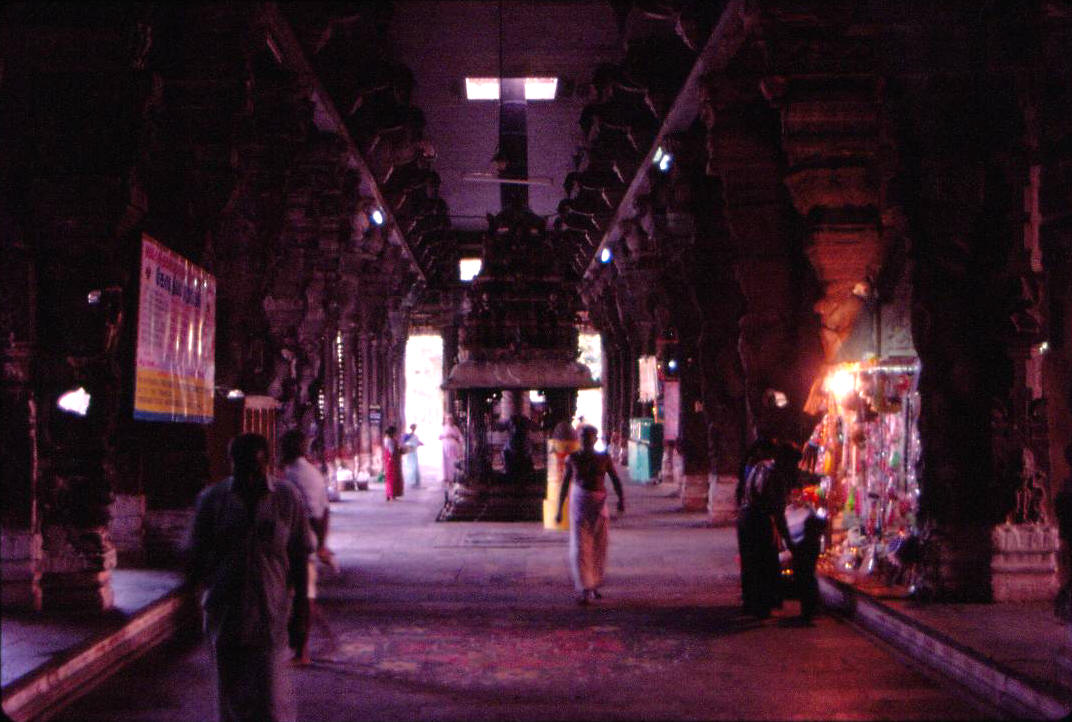 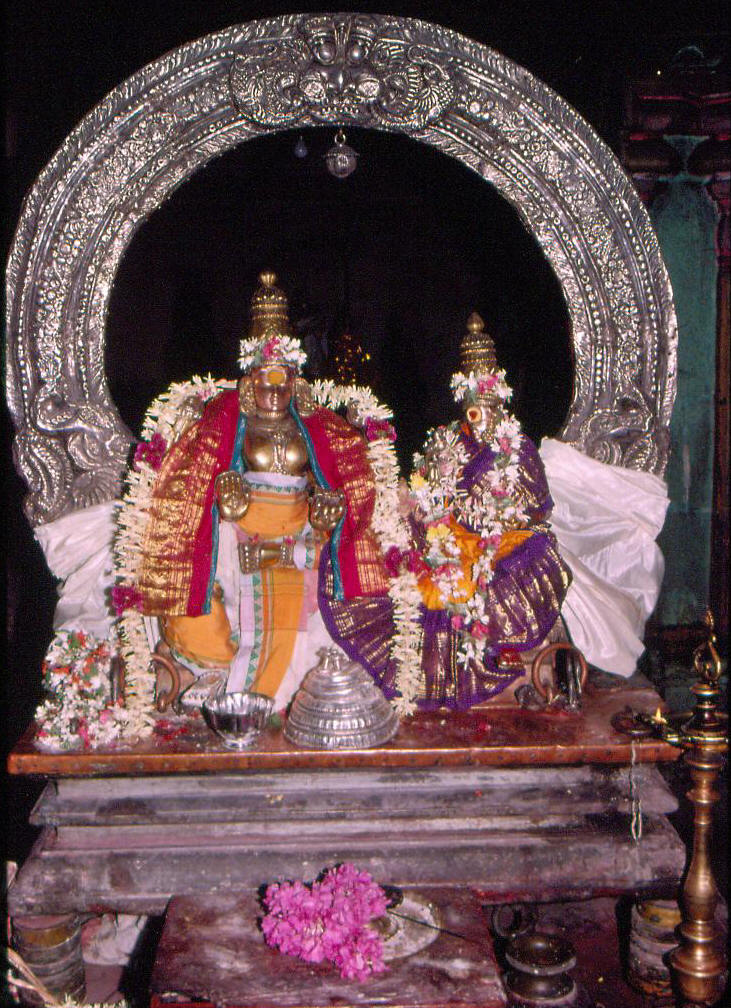 Another Shrine to Shiva and Parvati, with their sons Ganesh and Murugan, in the Ekambaranathar Temple in Kanchipuram 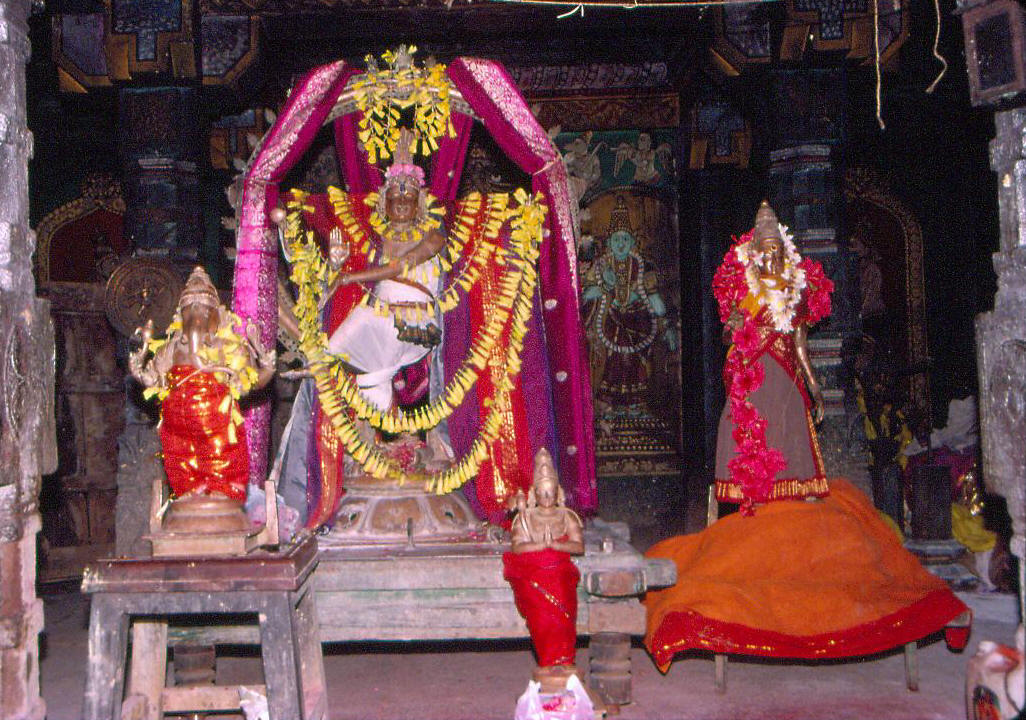 The massive front gateway gopuram of the Sri Rangam temple, one of the most significant of the Vaishnava temples in India. 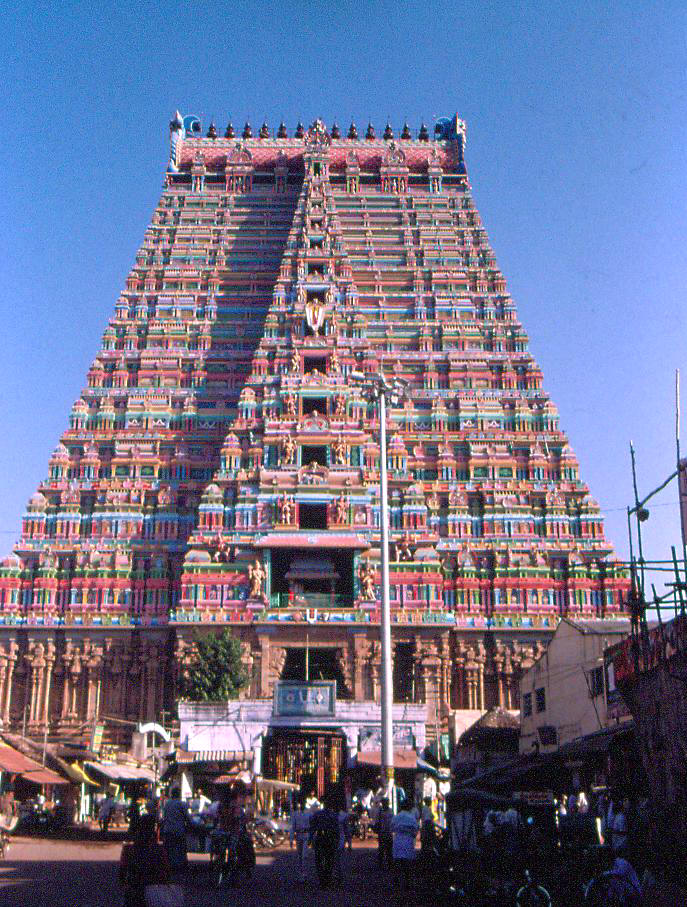 Another view of the gopurams at the Sri Rangam temple, which has seven gateways that must be entered before reaching the inner sanctum of the main Deity of a large reclining Vishnu. 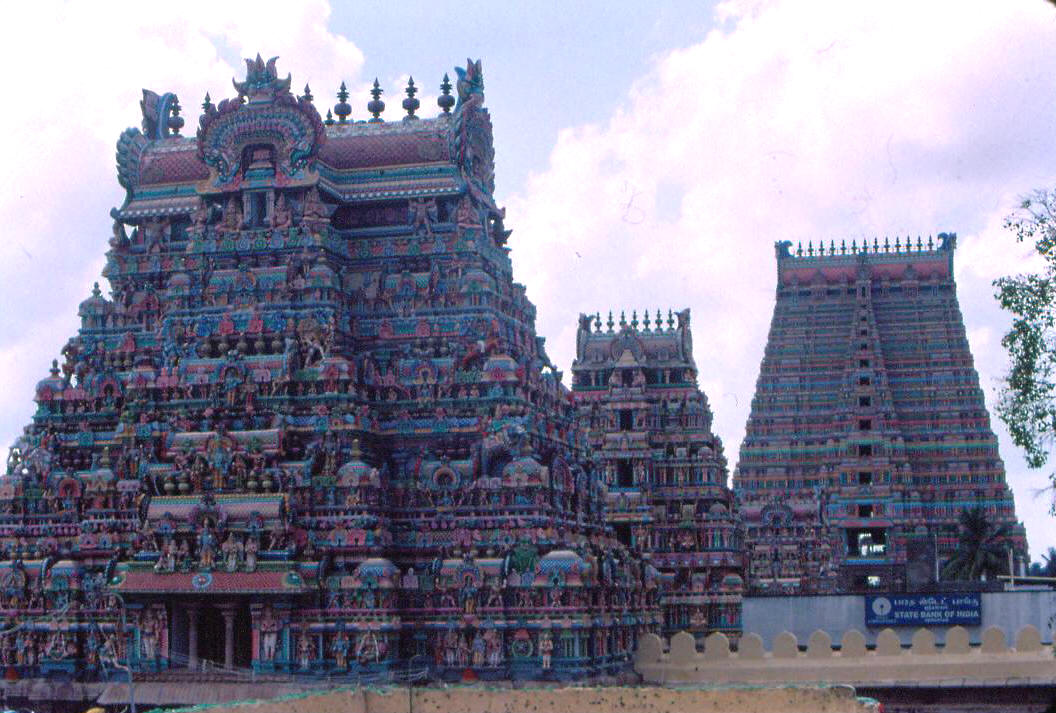 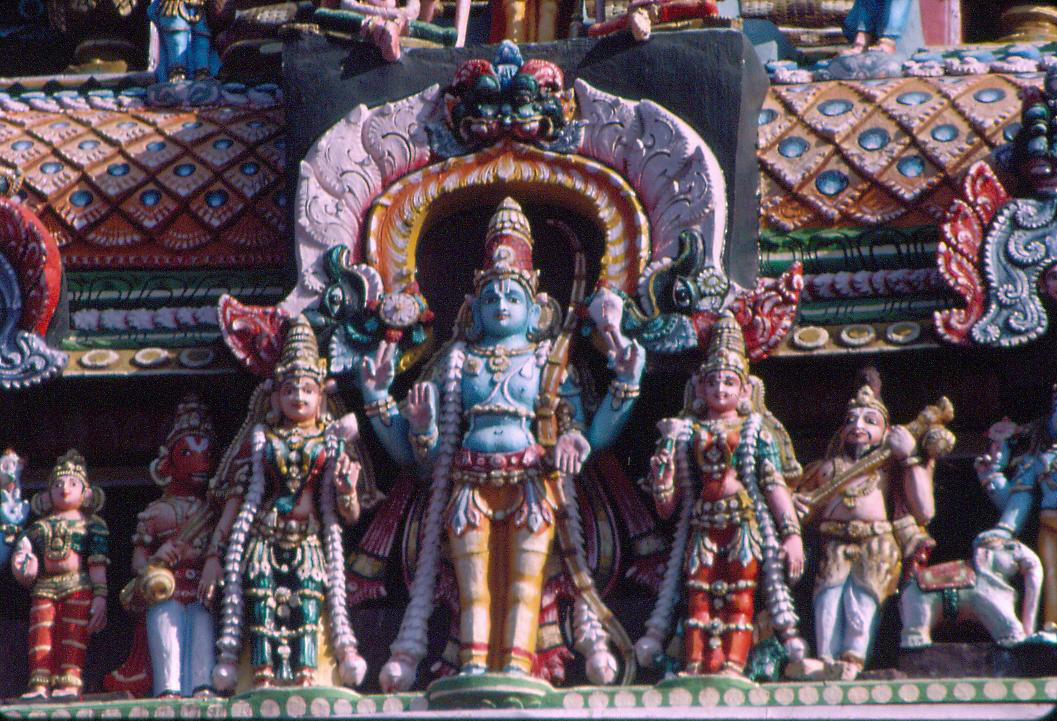